iPAQ h63xx series of devices (h6315, h6340 and h6370) are the first mobile phones with open source software stack capable of supporting mobile phone functionality in Linux.The code is based on to Familiar Linux distribution but contains h63xx specific customizations that are needed for the mobile phone support.

The change set against the Familiar is available in GIT tree visible under repository tab. In ideal world all of the code in here would be reviewed and then merged back to upstream familiar Linux distribution. 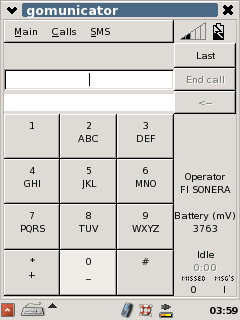